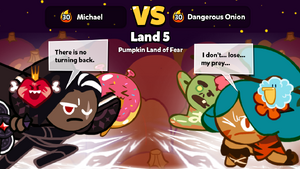 1vs1 Race was a feature in Cookie Run: OvenBreak that was introduced during its global launch. It aimed to promote cooperative, competitive play among other players. However, the feature was removed on September 10, 2018, with the rise of the Friendly Run feature.

In 1vs1 Races, you would compete against your friend for the highest score. The person with the highest score would win and take the loser's coins that had been acquired in their 1vs1 race attempt.

But remember, you must have reached Land 2 to be able to challenge friends to a 1vs1 Race. At times, your friends would challenge you, so be sure to accept their challenges!

After a 1v1 Race is over, you would see a [See Results] button where you could see who won. And remember, the winner would take all the Coins earned throughout the 1vs1 Race.

To challenge a friend, you would tap the [1vs1 Race] button on the main menu or the [Friends] button at the top of the screen to get to your friend list. You would tap the "Challenge" button next to the friend's entry. You could only challenge friends who are in the same Land or a Land above or below you.

Before the 1vs1 Race could begin, you must have selected a Land for both you and your friend to play on. Additionally, the race may have been canceled if the challenged friend rejects it.

If you did not score so well on your first attempt, you could reattempt the run by using Crystals. Your attempt with the highest score would count.

For each 1vs1 Race victory, you would receive a Victory Star, as well as all the Coins your opponent collected during the 1vs1 Race.

Victorious Star Chests usually contained at least one copy of a Common, Rare, and Epic each, with Rare chances of getting a Treasure or a Legendary.

You could see your 1vs1 Race records in the [1vs1 Race] tab on your main screen or under your friends tab.

If you wanted to see a detailed record of your 1vs1 Race, you would tap on your own nickname on the friend list and tap on [Total Record]. 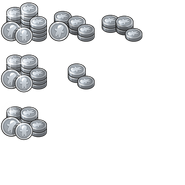 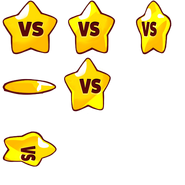 1vs1 Race "VS" Icon sprite sheet 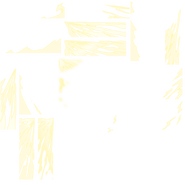