Welcome to the Island of Memories. Here, you can get a glimpse of Cookie's Memories. One cannot tell if these memories are real or from their deepest dreams...

The Island of Memories is a game mode in Cookie Run: OvenBreak, first introduced on March 21, 2017. This game mode contains a series of short stages themed around the pasts of four Cookies- Hero Cookie, Cheerleader Cookie, Dr. Wasabi Cookie and Mustard Cookie. These include Boss stages with different game styles. Similarly to Friendly Run, the special skills of Cookies, Pets and Treasures are unavailable in most stages, but not all. Succeeding at the Island of Memories gives three exclusive Costumes, among other rewards.

Each stage has an objective, usually collecting a particular type of Jelly. Performing this task well earns stars, up to three per stage. If no stars are earned, or the Cookie doesn't reach the end of the stage, the stage is not completed and you must try again. On most stages, the only gameplay difference between different Cookies, or differently leveled Cookies, is the amount of Energy they have. Every tenth stage allows Cookie skills, and sometimes Pets or Treasures as well, typically using a fixed combi.

The first stage of each Island is a Boss that has a unique gameplay style and story sequences. Additional harder Boss stages appear split off the main path later on the Island, but only the first has a cutscene. Stars in Boss stages are gained based on the amount of Energy the Cookie has left when the boss is defeated.

A Winding Key is spent for each attempt at a stage. These refill after some time, up to a maximum of ten Winding Keys. For the impatient, they can also be purchased or crafted at the Magic Laboratory. A similar lives system is used in Cookie Run (LINE) and some Events.

Each Island of Memory has a small daily reward that requires playing three stages. Depending on progress on the Island, this could require completing unfinished stages, completing any stage, or completing a specific stage that has less than three stars. The daily reward will reset and can be received even when all Memories have been completed.

Boosters are consumable power-ups similar to Boosts from LINE Cookie Run. Boosters can be selected to use before starting a stage, and function only for that stage.

Three of the seven Boosters are available to be selected per stage, and the Energy Note Booster is only available in Cheerleader Cookie's Boss stages. Boosters can be acquired as rewards in the Island of Memories or purchased using Crystals. 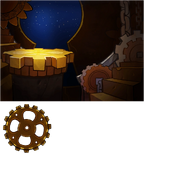 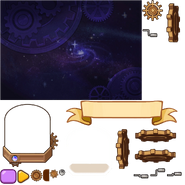 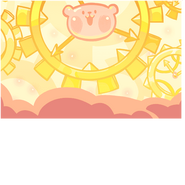 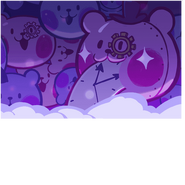 Exit of Island of Memories