In my Laboratory you can create various useful items!

The Magic Laboratory is the menu in Cookie Run: OvenBreak where Magic Ingredients can be assessed, purchased, crushed into Magic Powder, and most importantly, crafted into new items. A variety of items can be created in the Laboratory, including Magic Candy, Gacha Keys and Tickets, Spirit Potions, and currencies including Coins and Rainbow Cubes. The Magic Laboratory is operated by an NPC named Master Owl.

The Magic Laboratory opened on June 26th, 2018, the same day that Blessing Tickets, Special Blessing Tickets, Breakout Replay Tickets, and Treasure Enhancement Tickets were introduced. Magic Candy could be crafted from other menus as early as February 28th, 2017.

Magic Candies and some Event items have a chance of failure when crafted. level 1 Magic Candies and Magic Candies for Legendary Cookies always succeed. On failure, a few C-Rank Sugar Crystals are refunded, but the rest of the resources including Coins are lost. Master Owl informs the player when a recipe has a guaranteed chance of success.

After being crafted, some high level recipes have a cool down period before they can be repeated. For example, Rainbow Cubes can only be crafted every three days.

This list does not include Event or Magic Candy recipes. See the Magic Candy article for details on the amount of Ingredients and Coins required per level for Magic Candies. 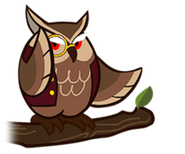 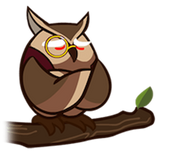 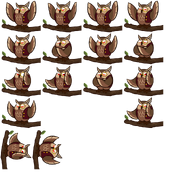