Get from Mystery Boxes
Exchange from Medals in Medal Exchange Center

Get Tiger Lily Cookie, Fire Spirit Cookie, Moonlight Cookie, and Wind Archer Cookie
Get King Choco Drop
Get Compass Eternally Pointing to Coin Island
Get Sea Fairy's Crystallized Affection
Get Crystal and Coin
Get Keys and Magic Powder
Mystery Jewels were first introduced in Cookie Run: New World. They can only be obtained from Gold or Special Mystery Boxes. Each Episode has different kind of Mystery Jewels and the requirement to get the reward is different. Each episode has a special reward. Note that you only can get Mystery Jewels for an episode by getting Mystery Boxes from the same episode.

If the player collects all the jewels required, they can draw to get the prize. The reward is given from the reward list randomly, meaning there is no specific order to them. For example, a player can get the Special Reward in their first draw, obtaining it after a few draws, or (at the least lucky possibility) obtaining it at the 13th draw. If player already has all of the rewards for an episode and collects the number of required Jewels again, the player will get a Coin reward, usually between

3 Jewels needed in Escape from the Oven

7 Jewels needed in The City of Wizards

Eyecatch in the game App Store and Google Play

Getting the grand prize at the 1st try 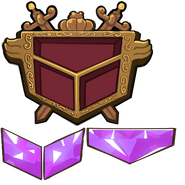 Escape from the Oven Artifact

Escape from the Oven Artifact background 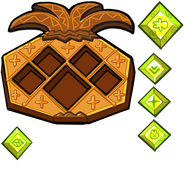 The City of Wizards Artifact

The City of Wizards Artifact background 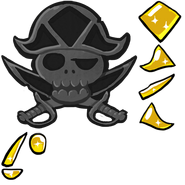 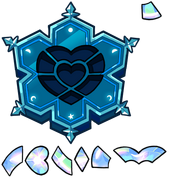 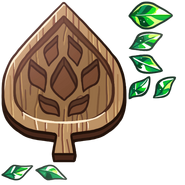