View source
watch 02:17
New Pokemon Games - The Loop
Do you like this video?
Play Sound

Buying Costumes
Rainbow Cubes are a currency in Cookie Run: OvenBreak. They are exclusively used to buy Costumes, cosmetics which give extra bonuses to Cookies. Rainbow Cubes are rare compared to other currencies, but as more costumes have been added, Cubes have become easier to obtain.

Rainbow Cubes are uncommon due to the mostly optional nature of costumes. The most consistent way to earn them without watching ads or spending real money is the Magic Laboratory. 200 Rainbow Cubes can be crafted at once, with a cooldown of three days. Rainbow Cubes are available in smaller amounts from Daily Quests or from Lobby rewards. They are also available from completing a certain amount of Diary Missions and can be bought in the Diary Shop. Cookies who give Rainbow Cubes will give 10 or 12 per day based on their Affection. The Island of Memories daily reward also has a chance to give five Rainbow Cubes. During events, there is often an opportunity for the player to obtain larger amounts of Rainbow Cubes. Most events do not give Rainbow Cubes, but events that do usually give 100, 200, 300 or 500 Cubes.

While other Events can give decent amounts of Cubes, the recurring Curious Rainbow Mine event is specifically about earning large amounts. Up to 225 Rainbow Cubes can be earned per daily run in the Rainbow Cube Depot, once it is fully leveled up. This is the only place to see Rainbow Cubes during gameplay.

Rainbow Cubes are only used at the Costume Shop and Gacha. At the Gacha, it costs

1,900 for five costumes, which saves 50 cubes. At the Costume Shop, only Common and Rare costumes can be bought, and they cost up to

1,480, but the player is able to choose exactly which costume they want. 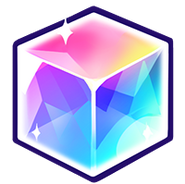 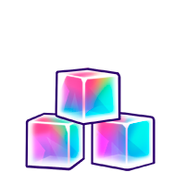