He who is brave is free.

The Tutorial is the first thing seen in Cookie Run: OvenBreak. It introduces the basic plot and gameplay, and two game modes: Cookie Trials and Trophy Race. The Cookies GingerBrave, Hero Cookie and Popcorn Cookie and their respective Pets Choco Drop, Jellyco Cube and Picky Tomato are unlocked in the Tutorial. The Tutorial has been in the game since the beginning, but it was updated to its current form on May 29th, 2019.

[Once "BREAK OUT" is selected, the loading screen will pop up and after it, gameplay will begin.]

[GingerBrave is now running in The Witch's Oven.]

[If the obstacle is avoided]

[There is a short course here, with only Basic Jellies, and some obstacles to jump over or slide under. When GingerBrave reaches the end, the stage changes to The Witch's Kitchen.]

[The scene changes to the main menu Lobby. The only button visible is the PLAY button in the bottom right.]

[The player enters a nickname.]

[From here, the only option is to select Play, and from there, Cookie Trials and GingerBrave's Trial, as no other modes are unlocked.]

[The Trial is played, and at least Bronze 3 Trial Goal is reached.]

[If the player upgrades GingerBrave, they will reach Escape Level 2. Alchemist Cookie appears on the level up screen.]

[Going back to the Lobby from Cookie Trials will cause GingerBrave to speak to the player.]

[From here, the game opens up, and the player can choose to play Trophy Race or freely view other menus.] 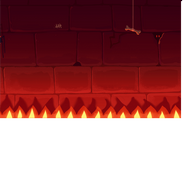 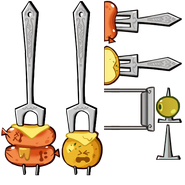 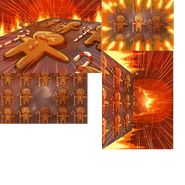 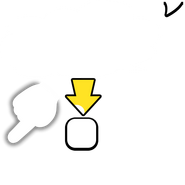