The Cookie Poll was held only two weeks ago. Many players had voted on what they feel are their favorite Cookies during that time. Now, only a few days ago, on June 15, the first batch of top results are announced, based on appearance, with some surprising results too. 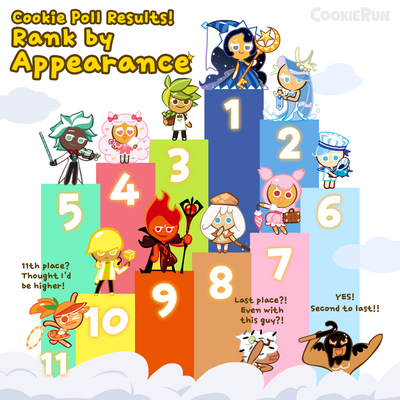 The next day came the results of the skill category. 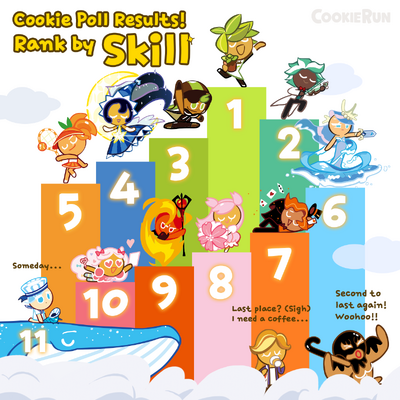 Even though the results were announced, some players were still curious to know where their favorite Cookie had ranked, when not shown in the top 10. I even felt the same way too. However, their curiosity turned to reality when the official Cookie Run Facebook page posted the full list for both categories the day after each result was announced. It may not be seen easily at first, but once one sees the comments, then they can see it.

If you want a visual output of the list, here it is, for each category. The list starts from the twelfth ranking to the third to last ranking.

This list is the overall ranking based on the rankings shown above. Basically, it is the average of each Cookie's rankings, ordered from smallest to largest. If there is an equal average, then there will not be any bias; both Cookies will have the same ranking.