The CookieRunner is back in business! However, it will only be in the form of these blog posts, which are snippets of supposed issues of the magazine.

As you may know, Cookie Run and the Cookie Run Wiki has gone through a lot this year. From new Cookies to new seasons to improvements to the wiki, the games and the wiki are still growing. Here are some highlights that have happened this year.

Looking from these highlights, you can say there were many events that kept fans excited over the updates that they had anticipated for. You can also say the overall performance of Cookie Run escalated in April, July, August, and October, but decreased after October due to Ovenbreak. When you dig deeper, you'll notice there hasn't been any new Cookies in Kakao Cookie Run from October onward. Many people say it might be due to Cookie Run: Ovenbreak, but who knows?

For the Business Geeks

I felt like this should be included as well, since I recently started to read business articles related to the financial status of Devsisters and how they are currently doing in the business world, and that I am currently taking General Business as a core subject for this school year. (It is really helpful indeed, since it helps you see things in a different perspective as well as sympathize with the companies of your favorite video games.)

Well, sorry to say this, but the stock for Devsisters has declined over the past months. It fell sharply in December, and I still wonder why. Here's the page to their stock watch if needed. 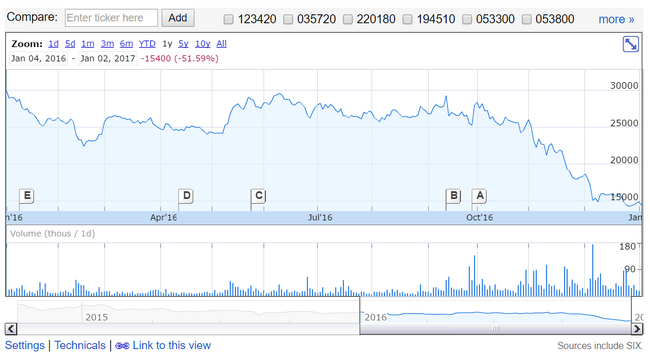 It was declining a bit in March, but then it rose up in April probably due to the Wrath of the Dragon update. It rose up even further around May to June, and continued to stay within 25 billion until October, with the soft launch of Cookie Run: Ovenbreak. After that, it fell sharply, with a very sharp decline around the Winter Update of Ovenbreak. It is increasing, but only by small increments.

We have currently heard that they are making three new games in the making. Will this bring them back up into the game? We may never know.